Several months ago. a professional dancer named Brian emailed me with an Ask David question on how to deal with anger in marriage using the Five Secrets of Effective Communication. I was pretty excited because anger in marriage is a problem nearly everyone can identify with, and something we all need some help with! 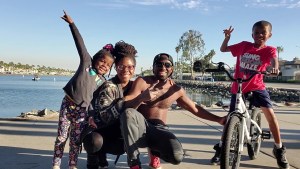 Brian and his family

Brian said that he and his wife, Michelle, have been married since 2009, and while he loves Michelle a great deal, their relationship runs hot and cold, with frequent angry clashes. I asked Brian for a specific example, including a partially filled out Relationship Journal (RJ), so I could get some details on what his wife said to him, and what, exactly, he said next, during one of their conflicts. 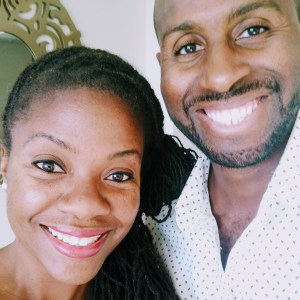 Brian and his wife, Michelle

The analysis of this exchange will provide us with a crystal clear example of the type of problem they are struggling with, along with the opportunity to pinpoint the specific errors Brian is making in responding to his wife’s criticisms. In the example he sent, she said that he wasn’t doing enough to help put the kids to bed one night, and he responded by saying nothing.

He analyzed his response with the EAR technique from my book, Feeling Good Together. By ignoring her, it was obvious that failed on E = Empathy (he did not acknowledge how she felt), and A = Assertiveness (he did not share his feelings), and on R = Respect (he did not express any warmth, respect, or love for her.)

He was able to see that this response will make the problem worse and force her to keep criticizing him. When he ignores her, she feels even more hurt, ignored, abandoned, and unloved. As a result, she’ll keep criticizing him since he hasn’t yet listened or “gotten it.”

So although he feels like an innocent victim, he’s actually the secret creator of his own interpersonal reality. In other words, he forces her to do the very thing he’s complaining about.

That’s the purpose of the Relationship Journal (RJ) —to help you see your own role in a conflict. It’s an amazing but pretty painful tool that’s potentially liberating.

At my urging over the past several months, Brian worked really hard studying the Five Secrets of Effective Communication (LINK) and doing the written exercises in Feeling Good Together. After a rocky start, with some notable failures in his attempt to improve his interactions with his wife, he slowly began to “get it,” and their relationship began to improve a lot.

Brian joins us today to describe his journey, and share his excitement about my first book, Feeling Good, as well as Feeling Good Together. I am really proud of what Brian has accomplished through commitment, practice, and hard work, as well as his courageous willingness to look at his own role in the problem. This is nearly always painful, and requires the “great death” of the “self,” or “ego.”

We will criticize Brian in the way his wife sometimes criticizes him, and then he will respond, using the Five Secrets. For example, she recently said: “When I was on the phone with my best friend, you were rude and selfish, and making too much noise with the video you were creating.”

Then he responded and we gave him a grade, and pointed out what he was doing right and what he was doing wrong that needed improvement. If you check your ego at the door, this can be a great, but challenging, way to learn!

Brian gave himself a C on his response, which you’ll hear in the podcast, and Rhonda agreed. She also gave him a C. I gave him a B, as I thought he did some pretty cool things while making several errors.

Here’s where he needed improvement.

Brian was non-defensive and open to this feedback. Then we did role reversals to give him the chance to try these new approaches and boost his grade.

Learning and implementing the 5 Secrets of Communication literally helped to save my marriage. The breakthrough came for me when I was really able to grab hold of Feeling Empathy, and really delve deep into understanding how my actions hurt my wife.

This was one of the hardest challenges I've ever had in my life but the deeper I got into my wife's heart and mind, the more my anger dissipated and was replaced by empathy, warmth and love for my wife.

I am no expert by any stretch of the imagination and in the podcast, both Rhonda and David went over some really cool role play to help sharpen my skills in the 5 Secrets. My hope is that by sharing my story it will help to provoke some helpful thoughts in the listener to help them continue to grow in their relationships.

Brian also said that he is a Christian, and loves Jesus, and that one thing he appreciates about the Five Secrets is that it is deeply connected to Christian teachings. For example, here’s a quotation from Matthew 7:3:

“And why beholdest thou the mote that is in thy brother's eye, but considerest not the beam that is in thine own eye?”

I strongly agree with Brian’s take on this, and believe that the Five Secrets of Effective Communication can be viewed as both a psychological and a spiritual tool. I would add that the Five Secrets, as well as all of the techniques in TEAM-CBT, are compatible with most if not all religious traditions. I have often said that the moment of profound change—the moment you recover from anxiety or depression, for example—will nearly always have a spiritual meaning, but the details of your interpretation will depend on your religious or philosophical upbringing.

I like to emphasize this because my father was a Lutheran minister, but he seemed pretty suspicious of psychiatrists, thinking that psychiatry and religion were inherently at odds with one another. Some deeply religious people have seen me, as some kind of pariah, or enemy of religion.

When I lived in Philadelphia, I went to Lancaster, Pa, on ten consecutive Saturday mornings to teach CBT at a beautiful religious hospital there. I enjoyed teaching their staff a number of new techniques for treating depression.

They told me that one of the local evangelists had a Saturday morning radio show, and that whenever I came to town, he would say, “the snake has returned to Lancaster” on his show! I think it is because I quoted the Buddha on something, and some of the more conservative folks didn’t take kindly to that comment! I guess they thought that the Buddha was the same as the devil!

I see religion and psychotherapy, in contrast, as synergistic. Although all of my work is totally secular, and based on research and clinical experience, the overlap of TEAM-CBT with all religious traditions is clear and unmistakable. I love it when clergymen, rabbis, or imams attend my workshops and point out the common grounds with what I’m teaching and their theological beliefs.

We did more role playing during the podcast, as Brian also wanted to focus on his feelings of insecurity resulting from relentless self-critical thoughts, like, “I suck at dancing, so I’m worthless”.

We used THE Externalization of Voices along with the Acceptance Paradox, the Self-Defense Paradigm, and the CAT (Counter-Attack Technique) to challenge his negative thoughts. We also used Positive Reframing to reduce his resistance to giving up his self-criticisms.

We did a number of role plays with role reversals, just as we’d done earlier when practicing the Five Secrets.

Brian was incredibly fun to work with, and Rhonda and I developed great affection and admiration from him. We’ll try to post some follow-up, too, once Brian has had the chance to listens to the audio with his wife We can perhaps get her responses to the show and include them in the show notes.

There were at least two keys to the rapid progress Brian has made learning to use the Five Secrets of Effective Communication with very little input from me.

He has also been willing to put in the work to learn to change the way he thinks and feels, so he can modify his internal dialogue as well as the way he communicates with others. Your internal and external dialogues will often fuel each other.

You know that Brian is a professional dancer. Can you guess what he does for a living? 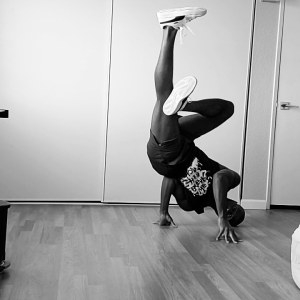 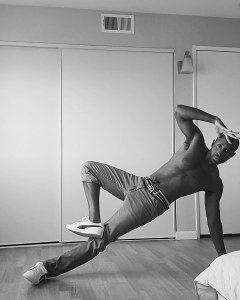 I was surprised and delighted to learn that Brian runs a Break Dance School in Long Beach, California, for children, teens, and adults. Here is the link in case you want to contact him or sign up for some awesome break dance classes!

Here are some awesome video links you can watch: